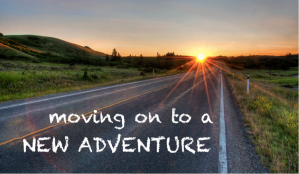 It is really hard to think about the struggles I have had in my recent past; in 2010 I had a booming IT business in Northern Michigan with dozens of fortune 500 clients and had slowly migrated way from the typical IT consultant into online marketing using Article promotion tied together with social media. I was financially secure and things were really starting to happen.

With all of this success, you would think I was happy and filled with the joyous possibilities of my new found business success, but this wasn’t the case at all. While I was making more money and was beginning to become financially secure, I missed my friends in Southern California and I just wanted to move back to my old home. After returning to Michigan, after my gig in Sturgis South Dakota followed by a large scale IT system upgrade for one of my biggest clients, I had been thinking of moving back to California, but moving back to So Cal wouldn’t just be an easy thing to do, because I had a large household and moving all of my personal possessions along with my  computers, books, and related business items would require a large moving truck along with a substantial amount of money, and then I would have to find a suitable place to call my new home.

I have always been very impetuous within certain aspects of my life, and wanting to move back to California clearly was one of those moments, but as I thought about it more, it just didn’t feel right, so I let it go and prepared to get back on the road to my home in Northern Michigan.

Shortly before I was scheduled to hit the road, My friend Jimmy had a big falling out with one of his roommates and after a heated argument that turned into violence by this roommate, Jimmy kicked him out, and now suddenly Jimmy had a vacant room in his home, and without thinking further I gave him some rent money and hurried back to Michigan to gather my belongings for my return trip back to California!

It only took me a few days to make it back to Northern Michigan and within 24 hours I had consolidated my large household into the Buick Century I had just purchased and made my way back to Southern California.

Little did I know that within two years I would lose all of my clients, become seriously ill, and then without warning be homeless with the remainder of my personal possessions packed into my Buick, which now had become my new home!

It would be another two years of moving from one place to another, sleeping in my car and desperately trying to recover financially while my health continued to deteriorate before I was able to crawl out of that ugly state of homelessness.

Since I had moved on from the IT industry so I could pursue writing professionally, I have been struggling to find something meaningful to writing about, but after penning so many short stories about my personal struggle of being homeless, I have decided to try and document my experiences. I have had a rich and wonderful life, and now that I have survived my two-year ordeal I want to share it with the public so that it might offer some hope to those who are also struggling with their own personal horror story, and to expose the ugliness I endured.

Published by That Guy

Living what many people consider a tortured existence, 23 Faces of a Creep is a series of drug and alcohol-fueled stories as told from the perspective of wayward dreamer smashing through life any way he can. Filled with the dirt and grit of a mostly meaningless ramble through his own slacker existence, he tears through the lives of others he encounters while on a lonely disappointing journey of discovery in matters of life, love, and belonging. His life-changing experience opened his heart to a new perspective that has expanded his life beyond reason and expectation! View all posts by That Guy

This site uses Akismet to reduce spam. Learn how your comment data is processed.